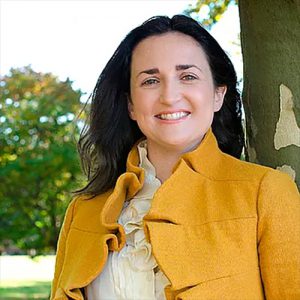 Anne MacDonald is a Business Associate with Maendeleo Group. She is the founder and principal at Matterhorn advisory. Anne is a policy advisor, strategy consultant, and coalition builder for corporations and non-profits seeking to enhance the social value of their products and programs. After working in the White House, Pentagon, and State Department during the Administration of President George W. Bush, she served as the post-presidency chief of staff to Mrs. Laura Bush through the launch of the Bush Presidential Center and Institute.

Through Anne’s six-year tenure in the Bush Administration, she directed the Secretary of Defense’s liaison program for corporate and civic leaders, effectively linked the White House to grassroots organizations and national-level non-profits and foundations post-Katrina, and coordinated international diplomatic visits in the Office of the First Lady. She also contributed to the President’s international development policies through her service on the staffs of the 2004 G8 Summit at the State Department and as a Defense Fellow for Afghanistan and Iraq reconstruction at the Pentagon. Prior to joining the Bushes’ post-presidency office, Anne spent a year in Port-au-Prince, Haiti at one of the world’s first medical systems dedicated to the fight against HIV/AIDS – GHESKIO Centers. Anne’s work at GHESKIO establishing corporate and major foundation partnerships provided critical resources for the organization following Haiti’s January 2010 earthquake.

A native of Knoxville, Tennessee, MacDonald holds a BS in International Studies from Rhodes College and an MPA from Harvard University. At Harvard, Anne was a student leader in the Harvard Kennedy School’s Corporate Social Responsibility Initiative and focused her writing on the role of the private sector in international development. She currently serves on advisory boards for organizations in Burma, Haiti, Uganda, and Dallas and as a judge for the US Chamber of Commerce Foundation’s Corporate Steward of the Year awards.