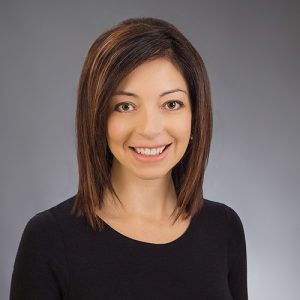 Anna Shipgel is a Business Associate with Maendeleo Group. She is the Special Assistant to the Regional Administrator of the U.S. General Services Administration (GSA) New England Region. She was appointed to this position by the White House in November of 2014. Anna has also served as the General Counsel for the Massachusetts Department of Energy Resources where among others she (1) championed the Massachusetts Renewable Energy Production Standard legislation and implementing regulations; (2) developed the Massachusetts Clean Cities Incentive Program facilitating energy efficiency for participating communities; (3) advocated for greater diversity in economically stabile energy supplies for consumers; (4) worked with the Massachusetts Clean Energy Center to promote public school renewable energy education programs; and (5) advocated on behalf of Massachusetts before the Federal Energy Regulatory Commission as part of the national expansion of wholesale energy market structures. Anna serves on the Advisory Board of the American Friends of Haifa University and the Board of the Integrated Heritage Project: http://www.integratedheritage.org/.

Anna served as an instructor and mentor for pubic and private sector energy policy and legal professionals, and participates as an occasional instructor at Harvard University Law School’s Environmental Law and Policy Clinic.