Africa: To get the future we say we want, we’ve got to get rid of corruption

One just needs to look at the newspaper headlines across Africa to see the continent’s struggle with corruption: South Africa, Kenya, Nigeria, all have seen corruption and bribery rise recently. According to the latest Transparency International’s Corruption Perception Index, “not a single country, anywhere in the world, is corruption-free”. But in sub-Saharan Africa, people in 40 out of 46 countries think theirs has a serious corruption problem.

Africa has lost over USD 1 trillion to illicit financial flows over the last 50 years, as reported the African Union’s high level panel on illicit financial flows (IFFs), led by South Africa’s former President Thabo Mbeki. This is roughly equivalent to all the official development assistance the continent received during the same timeframe. According to the panel, companies and government officials are illegally moving as much as USD 60 billion out of Africa each year.

From high-level political abuse to harassment by police officers, teachers, doctors or customs officials, corruption drains countries of resources, stifles small businesses and hampers education and healthcare. Together with lack of accountability and transparency, it is the most harmful barrier to development in Africa. While there’s no silver bullet to eradicate corruption, a combination of forces can improve the situation. 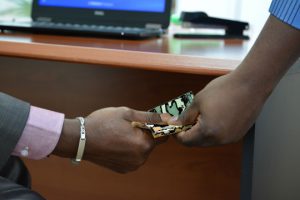 Enforcing targeted legal frameworks and policies and restoring the integrity of government institutions should come first. But the media and civil society also have a watchdog role to play. As long as the public continues to distance themselves from the fight against corruption, corruption will persist.

Evidence shows it is more effective to target corruption-prone sectors than trying to fix it all in one go.

For example, Botswana and Rwanda use technology to limit direct contact between government officials and citizens in public procurement processes, one of the largest source of corruption in Africa today. The result is a much improved service delivery.

Our ‘Tax Inspectors Without Borders’ partnership with the OECD improves local audit capacities to address tax avoidance. Since the launch of the project in July 2015, eight pilot countries in Africa, Asia and Latin America collected more than $260m in additional tax revenue. More than $100m of that was generated through tax audits in Zimbabwe.

While governments must keep the pressure on closing international financial loopholes that perpetuate illicit finance, creating a domestic culture of accountability and transparency underpinned by effective public finance management tools is also essential.

Governments must be seen to fight impunity. A “get rich quick” culture in which wrongdoing, theft and corruption go unpunished perpetuates a society-wide crisis of integrity, compromises the youth and future leaders, and jeopardizes long-term stability and development.

Prosecution and convictions on corruption-related offences need to be strengthened, with long jail terms or banishment from political or business life serving as strong deterrents. On the other hand, paying back or returning what has been acquired illegally could be considered as an incentive for corrupt individuals and mitigating circumstances for judges.

With the Sustainable Development Goals and Agenda 2063, African countries have committed to “leave no one behind” and “to an integrated, prosperous and peaceful Africa”. There is no doubt that tackling corruption matters for people long-excluded from decision-making processes, for small businesses unable to grow due to red tape, for disabled people denied access to services, and for marginalized communities that are victims of land grabbing and displacement by the powerful.

This International Anti-Corruption Day is an opportune time to recommit and be #UnitedAgainstCorruption in order to achieve these two bold and ambitious agendas that have people’s wellbeing at their core. The future of the 1.2 billion people in Africa rests on it. 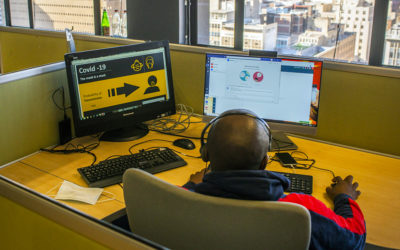